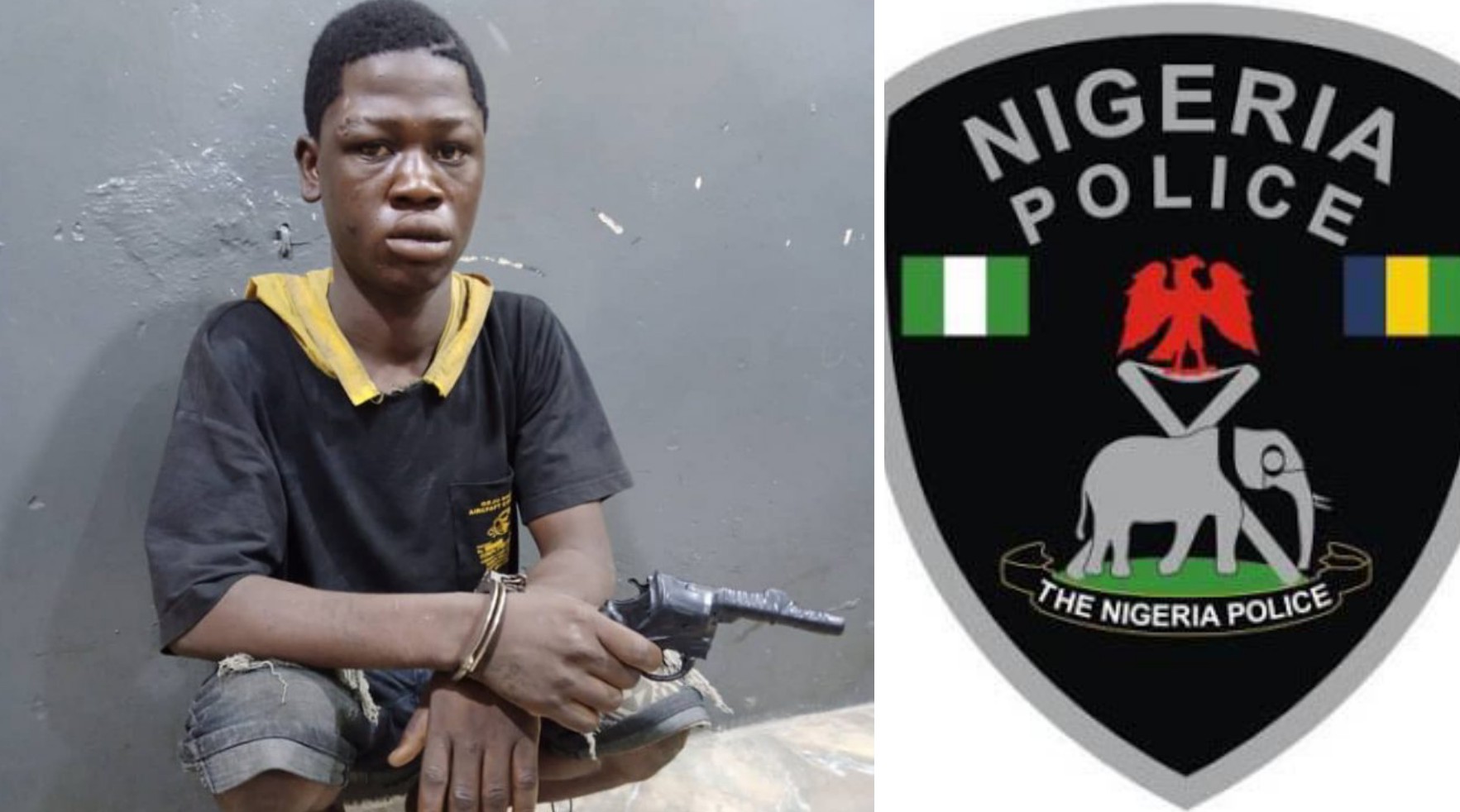 A suspected teenage armed robber known as Ajayi Lateef has been nabbed by the Lagos state police command.

The 19-year-old was caught with a dummy gun, after his group had allegedly robbed a tricycle at Victoria Island around 1am.

Lagos police spokesperson, SP Olumuyiwa Adejobi said the state’s Commissioner of Police, Hakeem Odumosu has ordered that the suspect be taken to the State CID, Panti, for further investigation.