A Twitter user gave an update, saying:
“I’ve spoken to an authority in school and TOBE DURU HAS BEEN FOUND. Thank you guys.”

Another tweeted:
“I reached out to my Aunt who is a staff, The DSA has gotten in contact with TOBE DURU, and he is fine atm.” 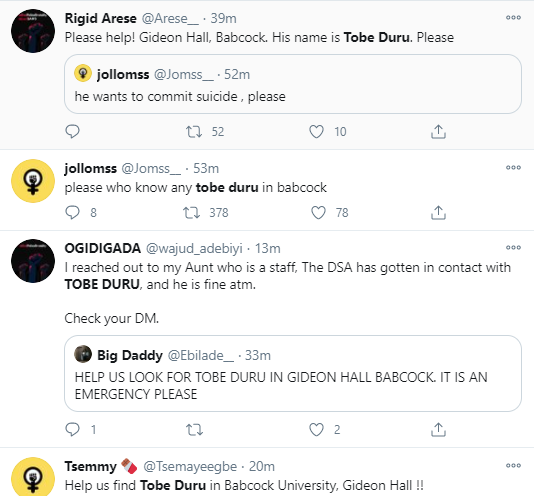 Woman Accused Of Witchcraft, Caged For 3years By Her Husband And His Family(See Photos)
Okada Riders Chase Lagos Task Force Officers In Lagos(video)