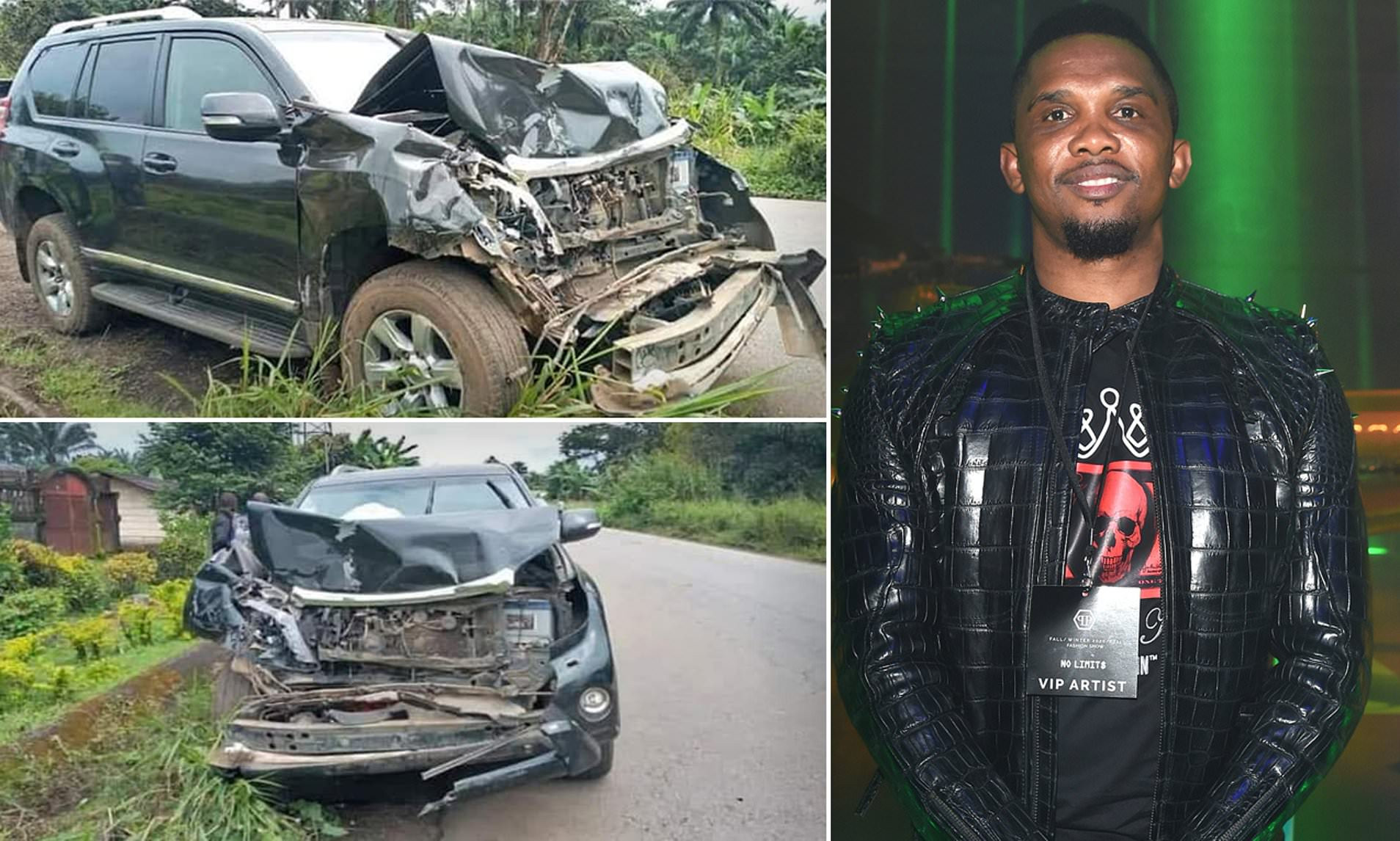 The 39-year old Former Cameroon striker, Samuel Eto’o, is now in stable condition after he was involved in an accident around Nkongsamba-Douala road in his country when he was returning from a wedding ceremony and his car was hit by a bus on Sunday morning. .

Eto’o who announced his retirement from football in September 2019 after a playing career that lasted 22 years car was reported to be badly damaged in the front and he was immediately moved to a hospital, where he is recovering well and according to France Football, Eto’o suffered a head injury and no life was lost in the accident.

Continue Reading
You may also like...
Related Topics:accident, Sport