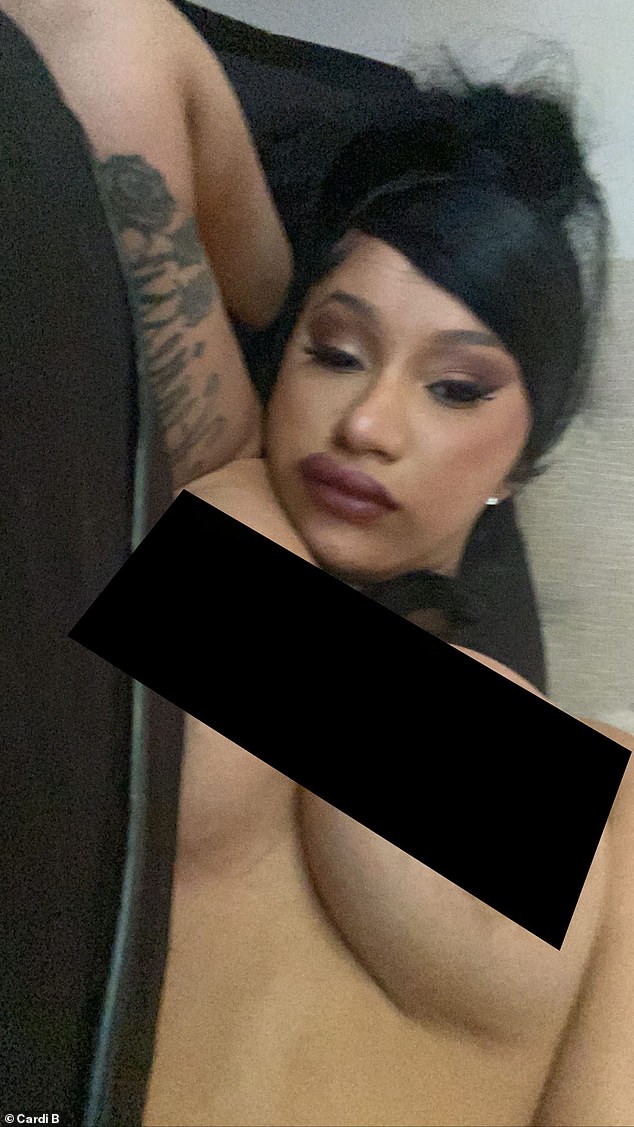 An American rapper whose real name is Belcalis Marlenis Almánzar known as Cardi B, mistakenly uploaded a topless photo of herself on social media few days after her 28th birthday which was done in Las Vegas.

She uploaded the nude selfie on her Instagram story and feed on Tuesday, in the picture she uploaded she was actually seen relaxing on a couch naked but deleted the image immediately she realized her mistake, but it was too late for the rapper to prevent it from going viral as a result of over 77 million followers she has on Instagram .

She then took to her Twitter page to explain to her fans about the mistake via voice note:
Lord, why the fuck you have to make me so fuckin‘ stupid? … Why? Why, why, why?” she said in the note.
“You know what? I’m not even gonna beat myself up about it. I’m just gonna eat my breakfast. I’m just gonna eat my breakfast, right? I’m gonna eat my breakfast and then I’m gonna go to a party. Because I’m not even gonna think about it,” she said.
“I am not going to think about it, OK? No, I’m not. I won’t. It is what it is. Shit happened. Um, fuck it. It’s not even the first time. I mean, I used to fuckin‘ be a stripper, so whatever.”

Moreover,she debunked the rumours that she was going to sue someone over the leaked photos insisting that it was her error and some of her fans also showed her love by supporting her to prevent her from feeling bad for her actions

Continue Reading
You may also like...
Related Topics:artist, cardi B