Davido has cancelled the first-ever DMW live concert which was fixed for December 28th, 2020 to hold at the Eko hotel & suite Lagos.

The DMW boss made this known in a post on his social media platforms,stating that the concert was canceled due to the increase in the spread of Coronavirus in Lagos State.

He added that cancelling the event was the best thing to do for the safety and well being of his fans which is his first priority.

“Following increased and overwhelming concerns with the rise of Covid-19 cases in Lagos, we have made the difficult decision to cancel the upcoming ‘Davido Presents DMW Live In Concert’ scheduled to take place on Dec 28th.”

“The health and well-being of our fans, employees and artists is of paramount importance so whilst we are disappointed, we know it is the right thing to do.

“Thank you to everyone that purchased tables. Your support brought us way closer to sold-out status than we expected in a very uncertain time!”We look forward to bringing you a DMW live in concert in the very near future. In the meantime, stay safe, sanitised and socially distanced. Thank you for your understanding and Merry Christmas in advance!”. 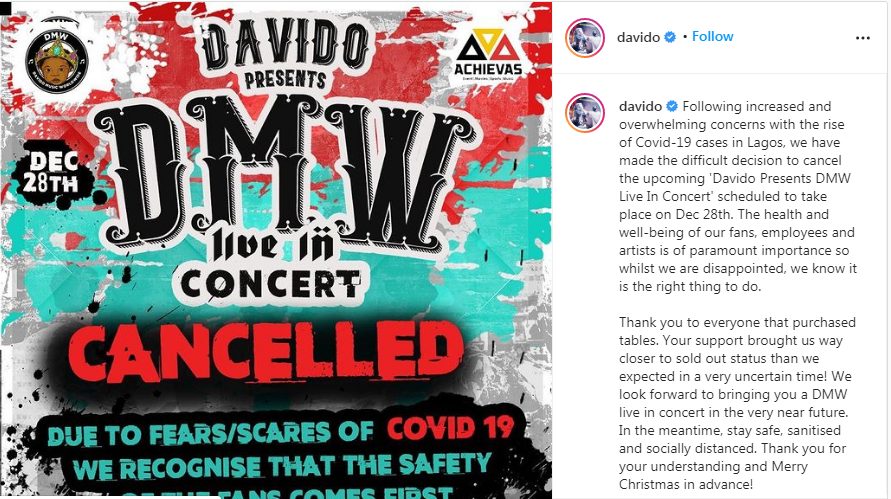