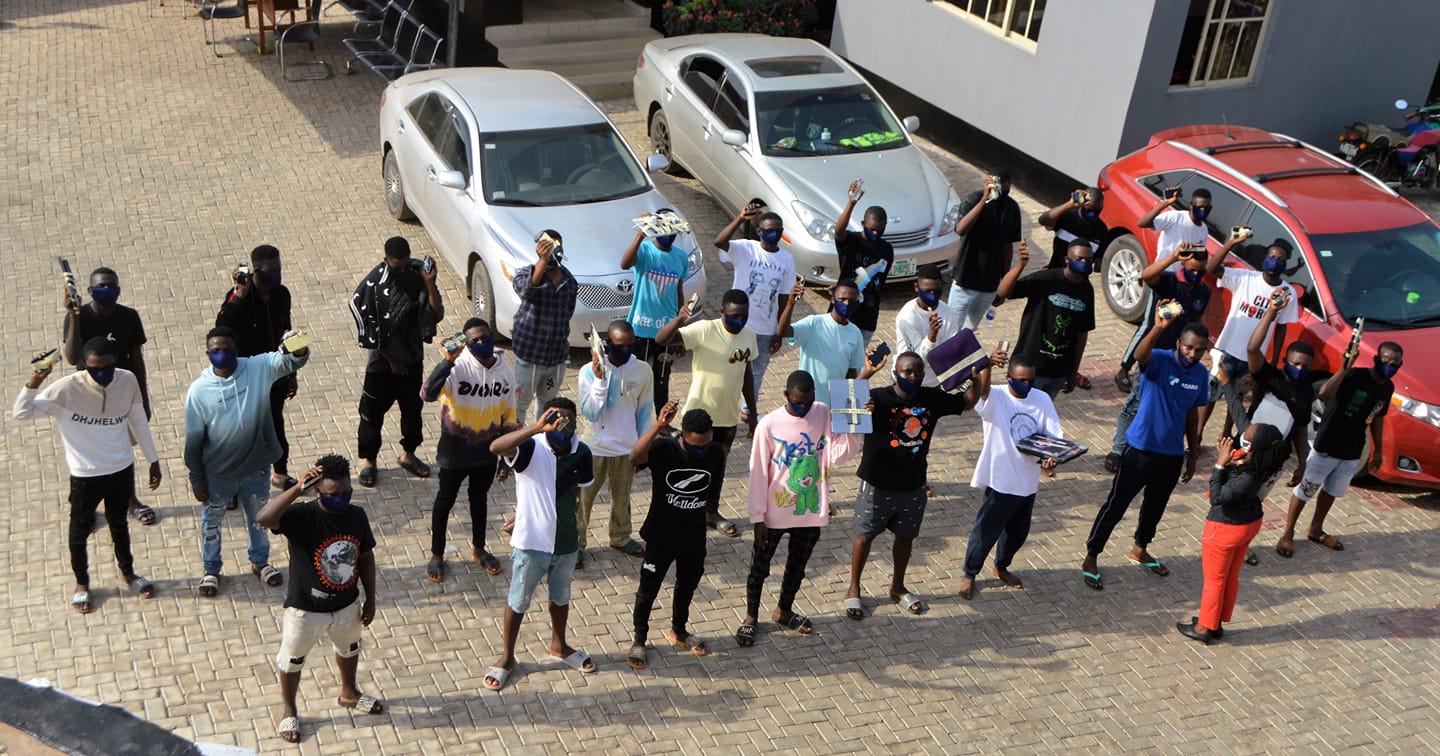 Ten of them were arrested at Ilesha, Osun State, while Twenty-nine others were arrested in different locations at Ago-Iwoye, Ogun State.

The arrested was after series of surveillance based on intelligence on their alleged criminal activities and costly items were recovered from them such as seven cars, laptop computers, mobile phones, and several documents containing false presences.

Continue Reading
You may also like...
Related Topics:EFCC, osun, state