Singer, Queency Benna has taken to social media to cry for help after she was being raped by a man in Abuja, leaving her feeling depressed and suicidal.

She shared his name, photos, and screenshots of chats they allegedly exchanged to back her claims that he raped her in one hotel.

The man who is said to be a doctor, invited her for dinner in which she was initially having second doubt before she later went and turned out to be “a big mistake”.

She called him a “bloody hell rapist” and added that she’s waiting for the doctor’s report to be out.

See some of her posts here; 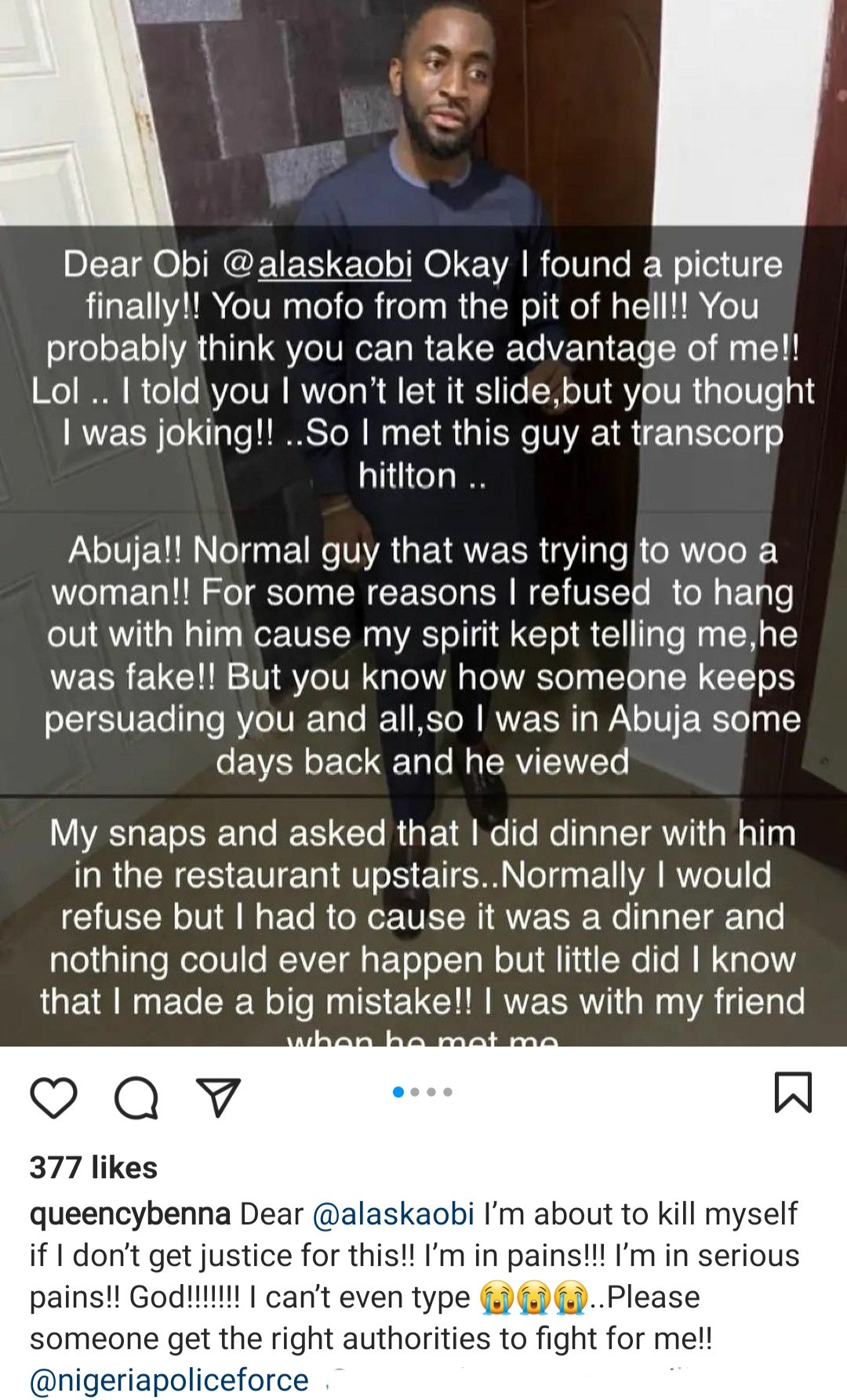 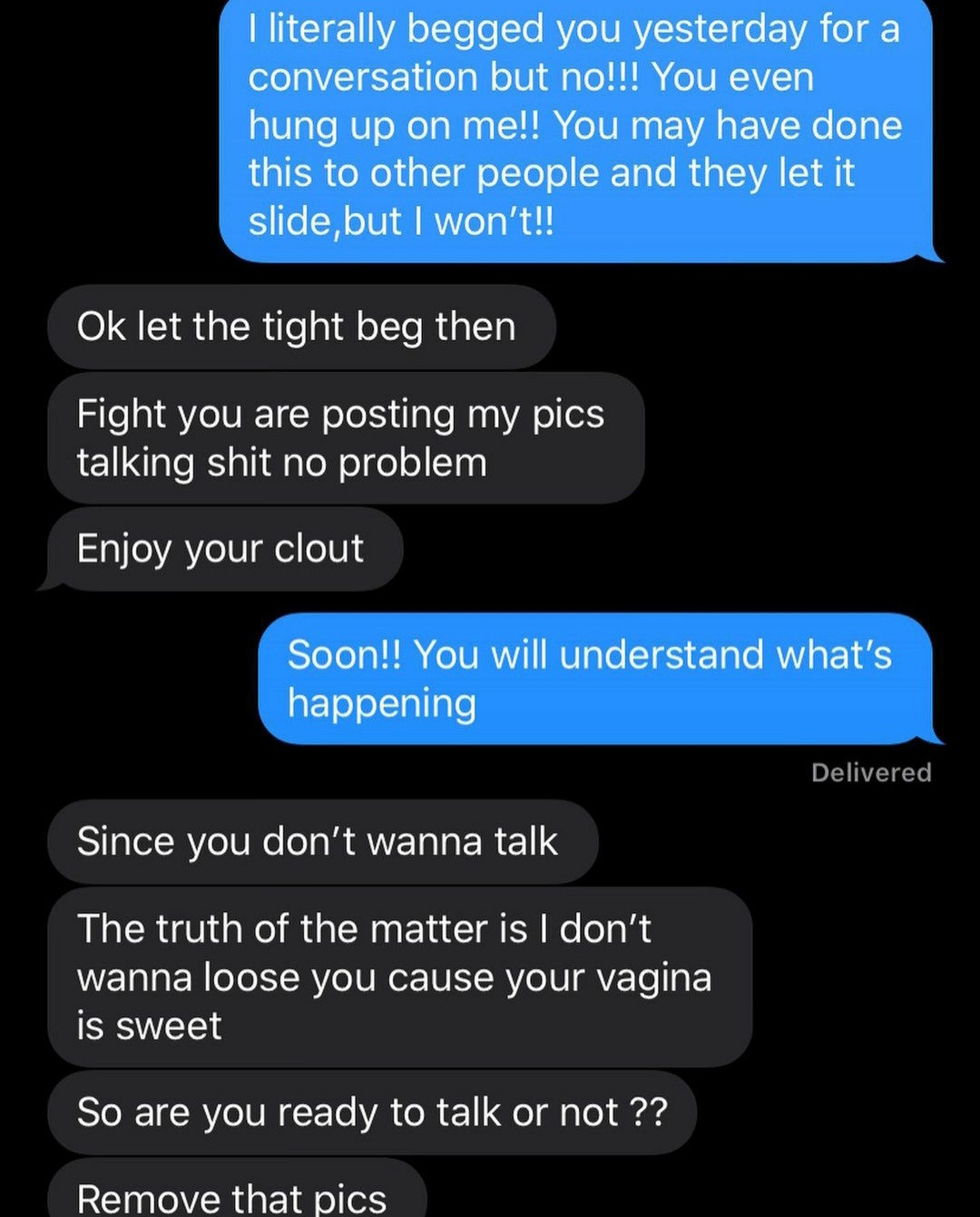 Continue Reading
You may also like...
Related Topics:celebrity, rape