What more is beautiful than a family being literate? A man and his two daughters photos have gone viral on Twitter as they could be seen having their convocation ceremony on the same day.

The photos were shared by one of the daughters and she revealed that she earned a BBC degree, her sister got her Master’s degree, while their father got his PhD and they were all having their convocation on the same day. 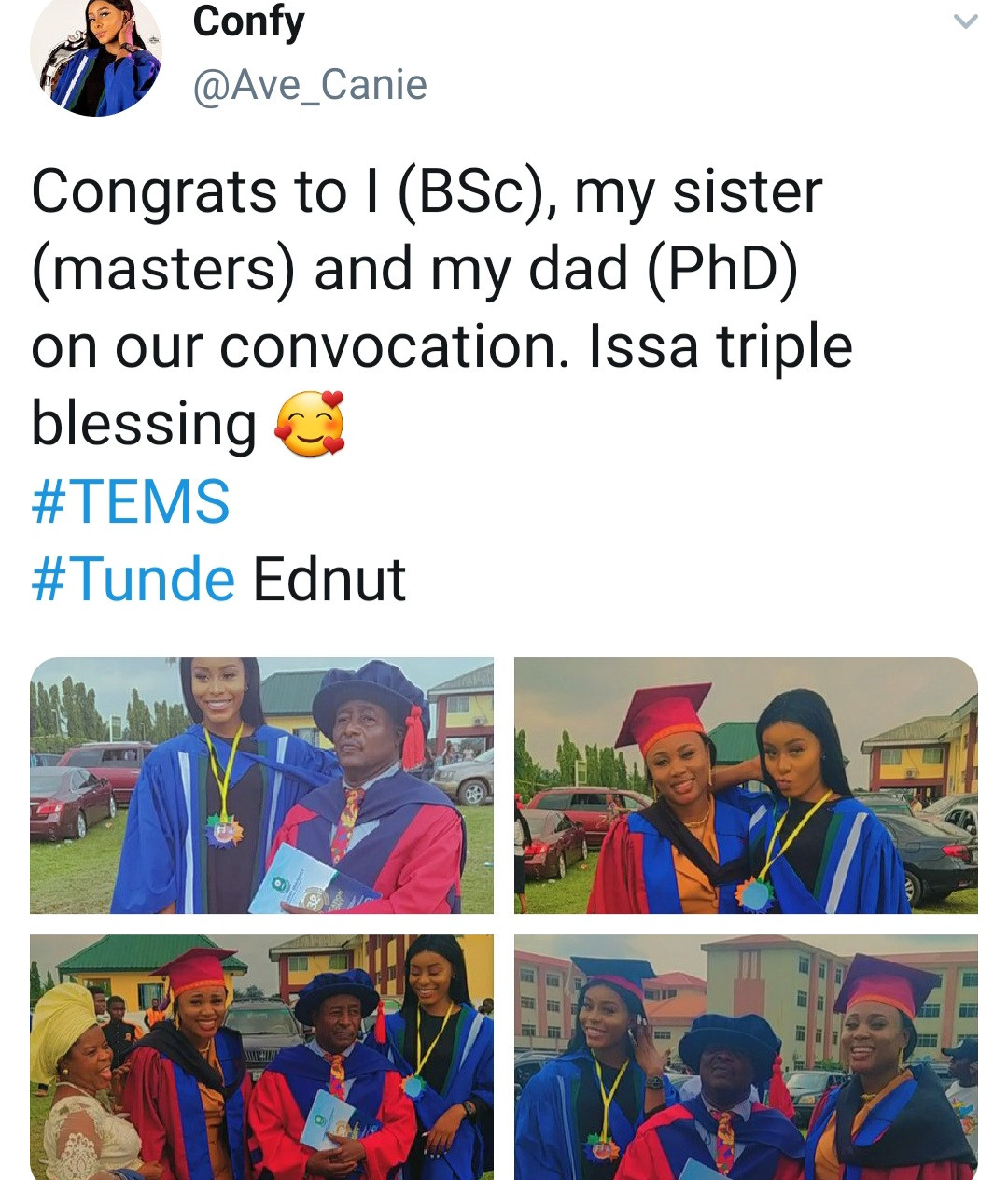