Captain Ajibade the biological father to Mr Eazi, who served for 19 years in the Nigerian Air Force has revealed why he never had a ‘father-son’ relationship with his son.

He said in a Whatsapp exchange with his son who met the President of Sierra Leone Prof. Julius Maada Bio, that he was serving in the West African country when his son was born which caused them not to have a ‘father-son’ relationship as he was always seen as intruder or visitor by his own son.

Read the chat below; 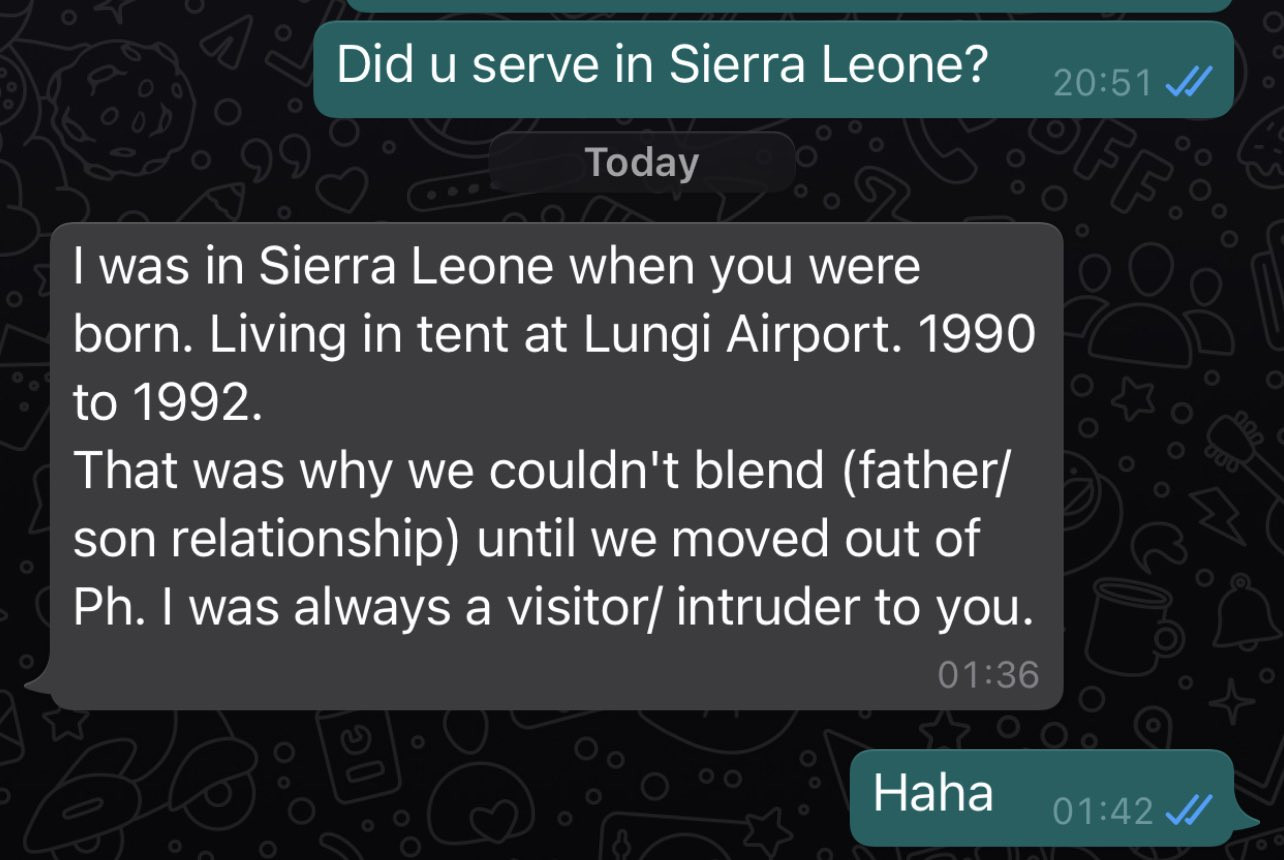