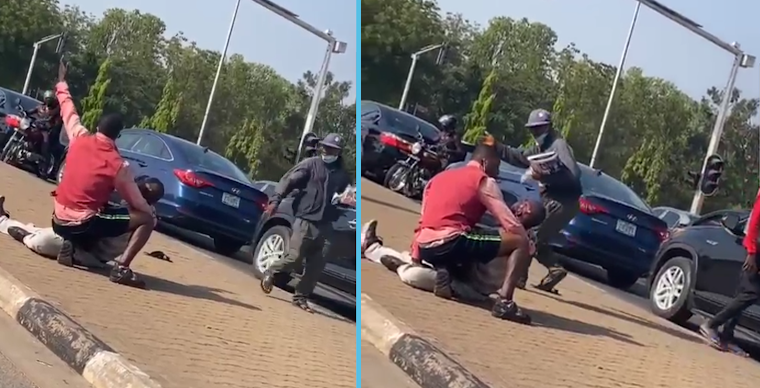 Femi Gbajabiamila, the Speaker of the House of Representatives, has ignite outrage on social media as Nigerians cry out for justice over the incident that claimed the life of the newspapers vendor.

It was reported that a security aide to the Speaker shot the vendor identified as Okereke in the head at the Federal Secretariat, Abuja, around 3pm on Thursday, which caused panic in the area and was immediately rushed to the National Hospital by his brother and some police officers, where he reportedly died.

It was learnt that the shooting happened when Okereke and other street vendors selling on the Shehu Shagari Way, Three Arms Zone, flocked around the convoy of the Speaker, who was said to be in the habit of giving out money anytime he passed them.

The Speaker said in a statement today that reads;

“I am personally distraught about this incident and my deepest sympathies go to the victim, his family and Abuja vendors,” Gbajabiamila said.

However, Nigerians have taken to the social media to express their anger over the incident with many saying it was unfortunate the incident happened amid the call for an end to police brutality.

Lawyer and activist, Tope Akinyode, tweeted, “The killers of a street vendor in Abuja yesterday must be brought to book.”

Continue Reading
You may also like...
Related Topics:celebrity, murder, Nigeria