Paul Okoye has expressed his annoyance at Davido for attacking guests at his and his twin brother birthday parties done separately on Wednesday night.

Davido took to his Twitter handle to insult people who attended the separate birthday parties organized by the estranged twin brothers and wrote;

“Y’all niggas that wen to Peter and Paul’s bday separately y’all pussy as fuck!! Them niggas is TWINS !! Not my business but Shit hurts I’m angry Walai”.

Reacting to this paul took to his Instastories to ask Davido who gave him the audacity to drag his family and friends; 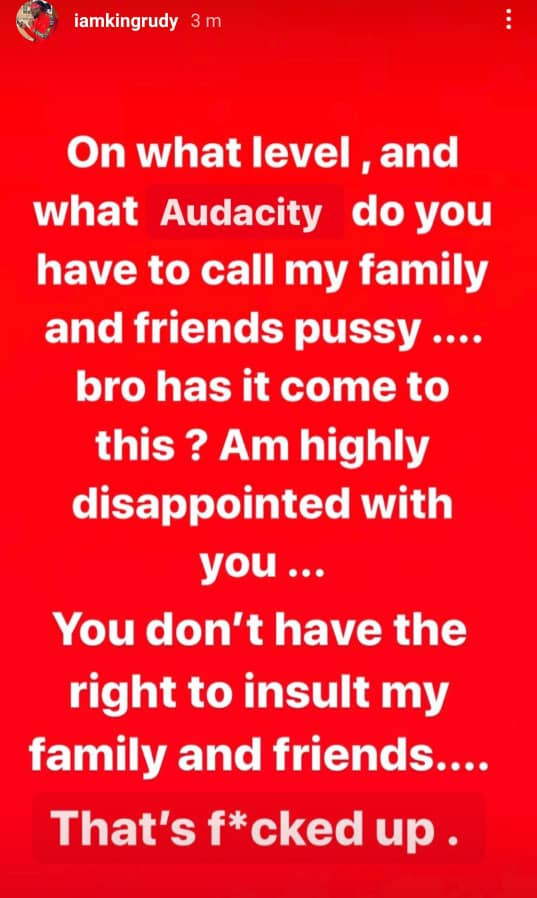