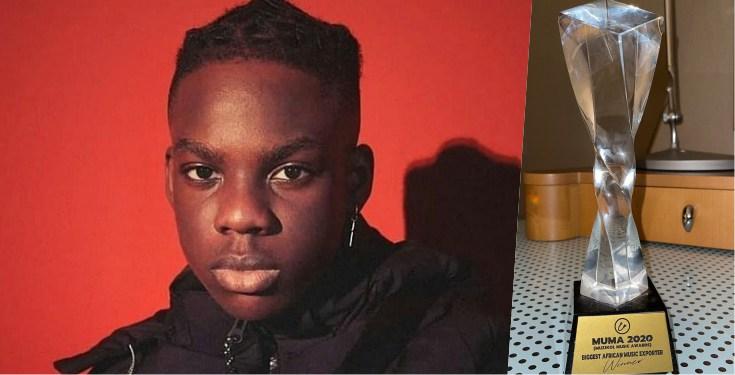 Nigerian singer and Mavin star, Rema, recently added another well-deserved award to his collection as revealed in a post shared on his official Twitter handle, where he revealed that he had won the Biggest African Music Exporter award for the year 2020 at the Muzikol Music Awards (MUMA).

Rema thanks Cameroon for recent award Photo credit: @heisrema Source: Instagram The award came in after a weekend of back to back performances in the country’s capital, Yaounde and Douala. The Woman crooner thanked the country, saying they showed him so much love and would forever be in his heart.