A Nigerian journalist Oge Obi who accused another journalist and feminist Kiki Mordi of intellectual theft has committed suicide.

This came after the #SexForGrade journalist threatened to commit suicide in a video shared on her Twitter page.

According to reports by her friend @joshbillz who reached out to her after she posted the distressed video, he revealed that Oge had indeed committed suicide.

He revealed that Oge has been rushed to the hospital after she was found lifeless and two bottles of sniper was found in her room. He also stated that they had to break the door in other to get inside the room.

Her friends reportedly took her to two different hospitals which rejected her before she was taken to a general hospital. 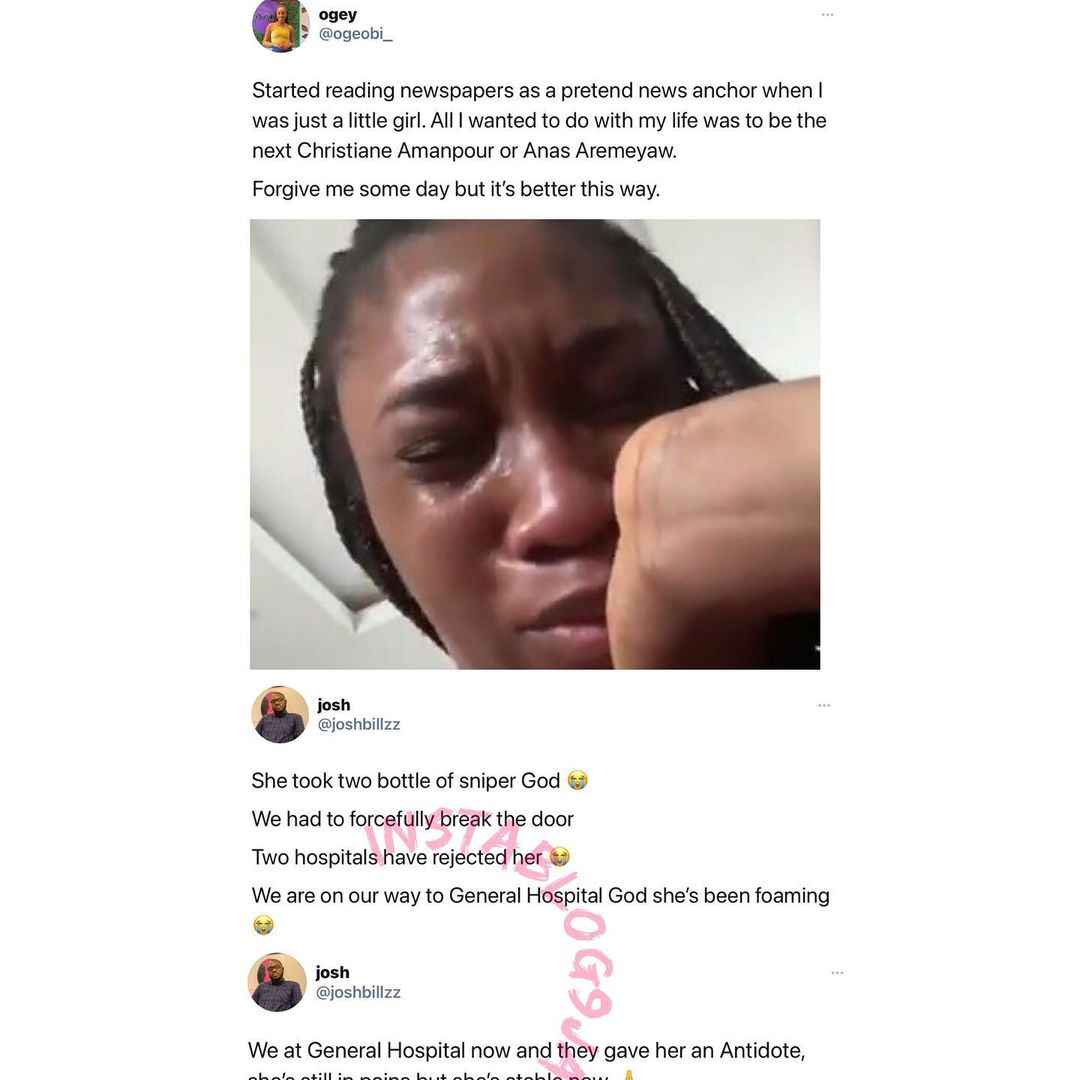 Today’s Newspaper Front Page (15/12/2020)
Just In: Omah Lay, Tems and one other release by Ugandan Authority