Summary of today Wednesday, 18th of November 2020 gist on TwitterNG proudly brought to you by the Minister for Violent Reports & Rough Journalism Alhaji Beardless Smallie @SMiTHiE___

1.
CNN opened the nyashs of Agent Fash and his “Camcoder gang” as they displayed the videos of the Nigerian Army shooting at the #EndSARS
protest in Lekki. 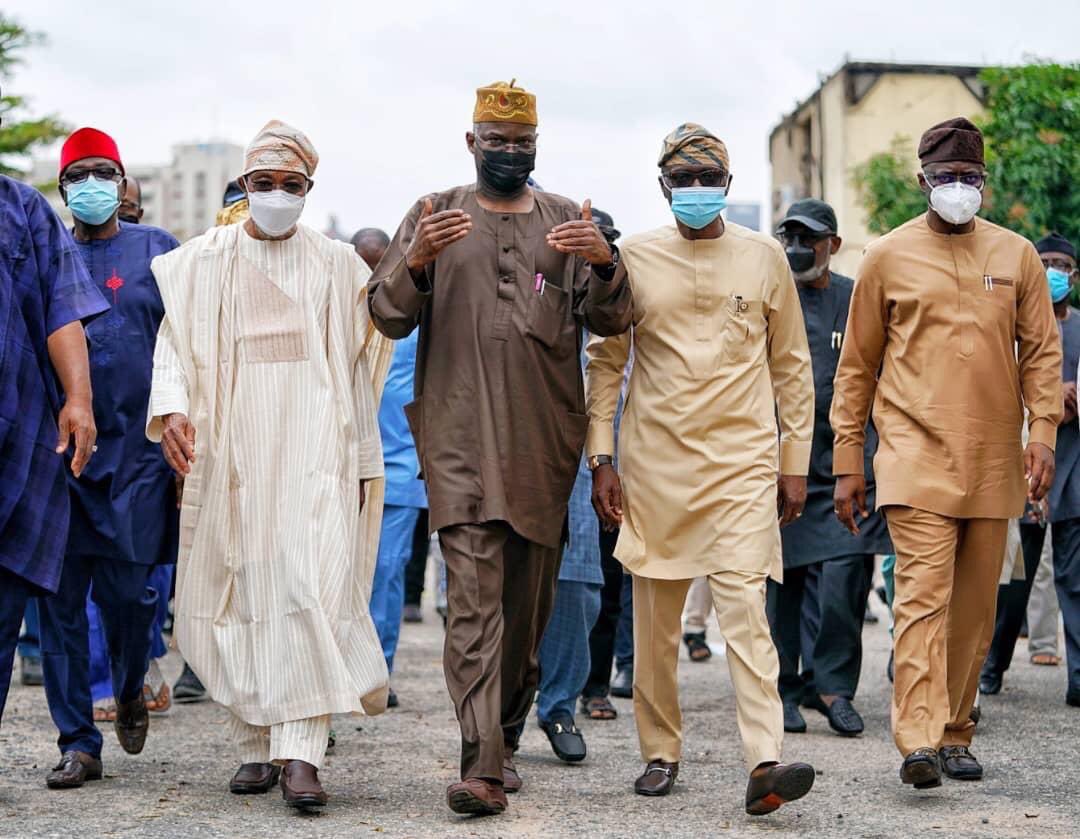 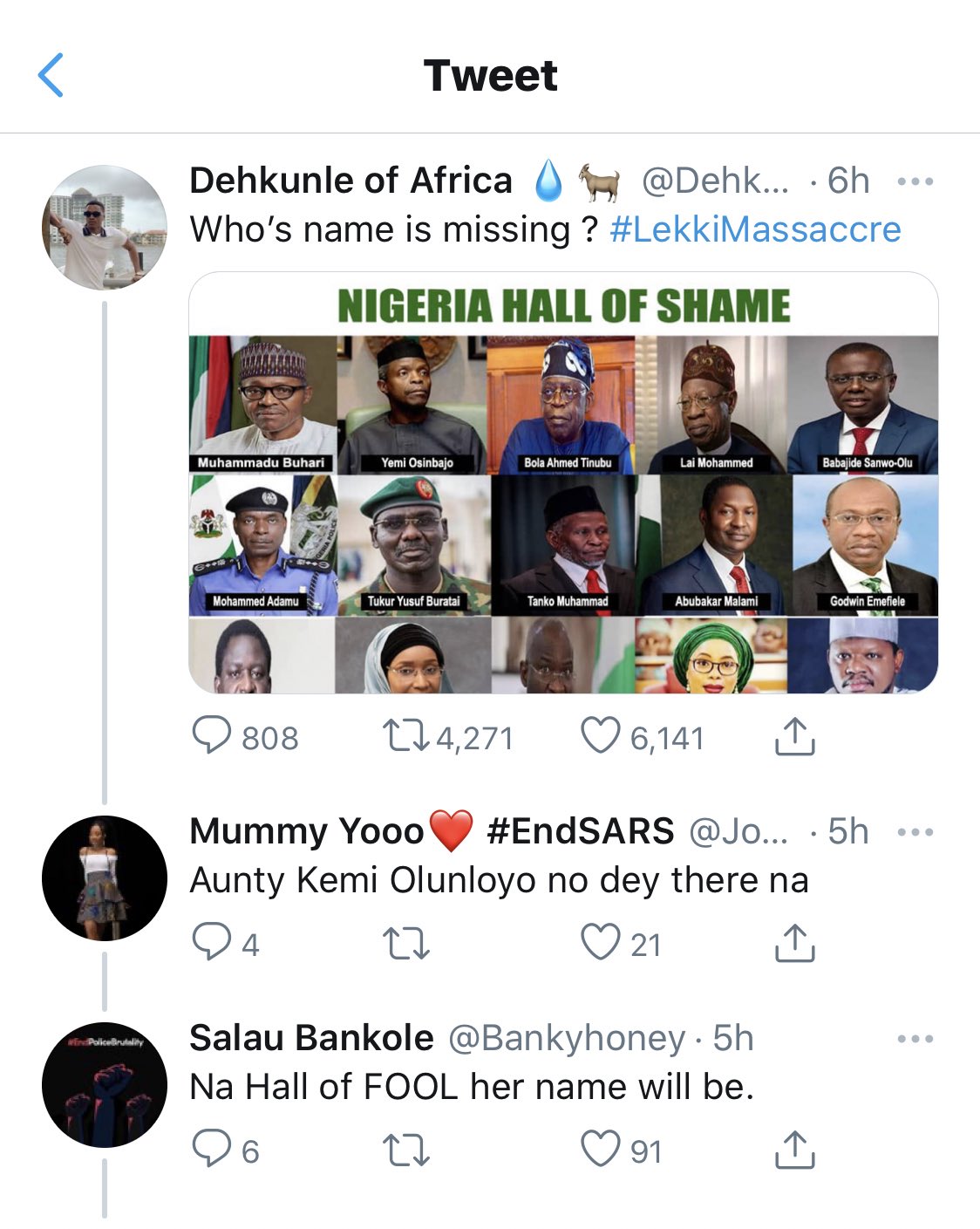 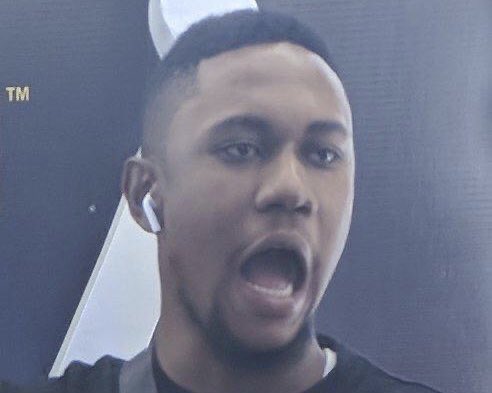 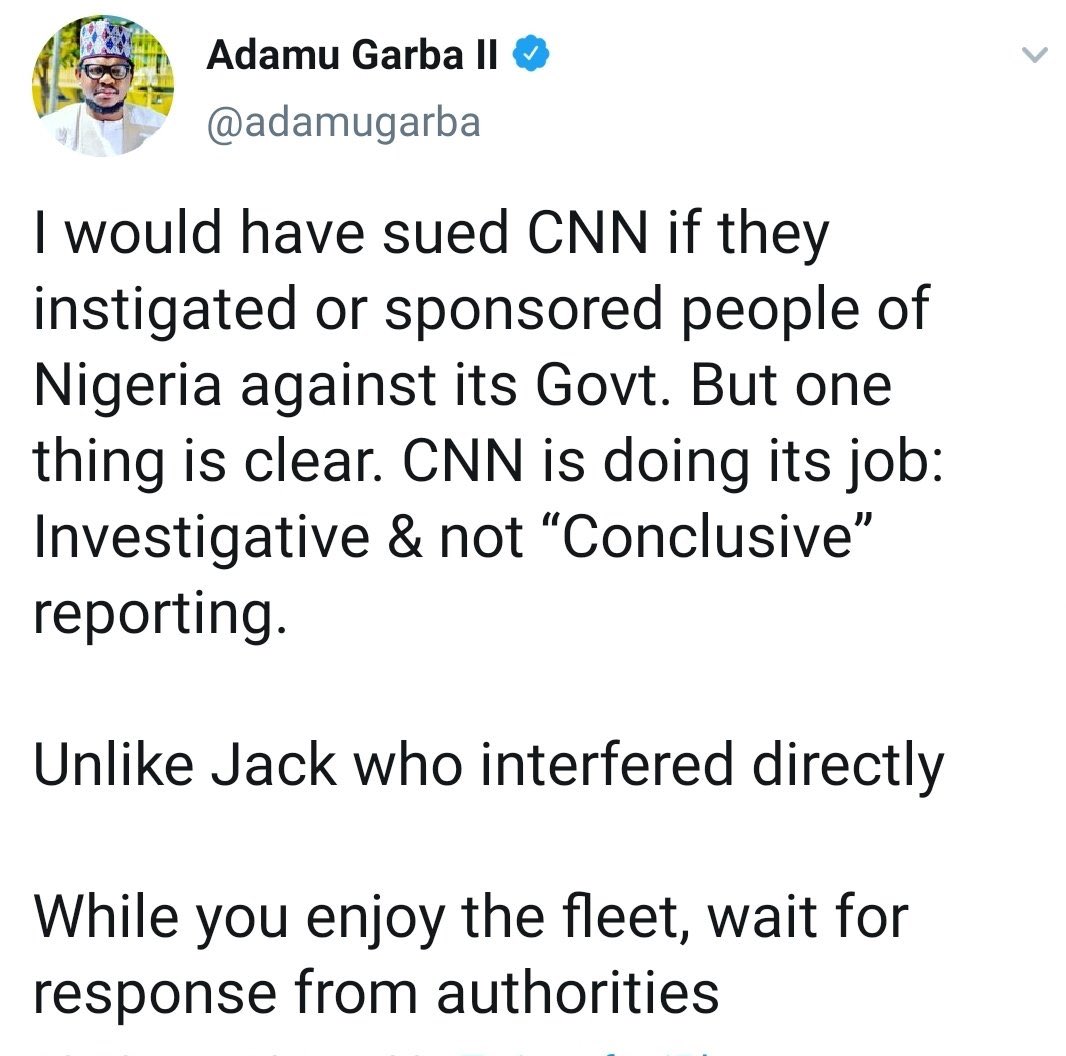 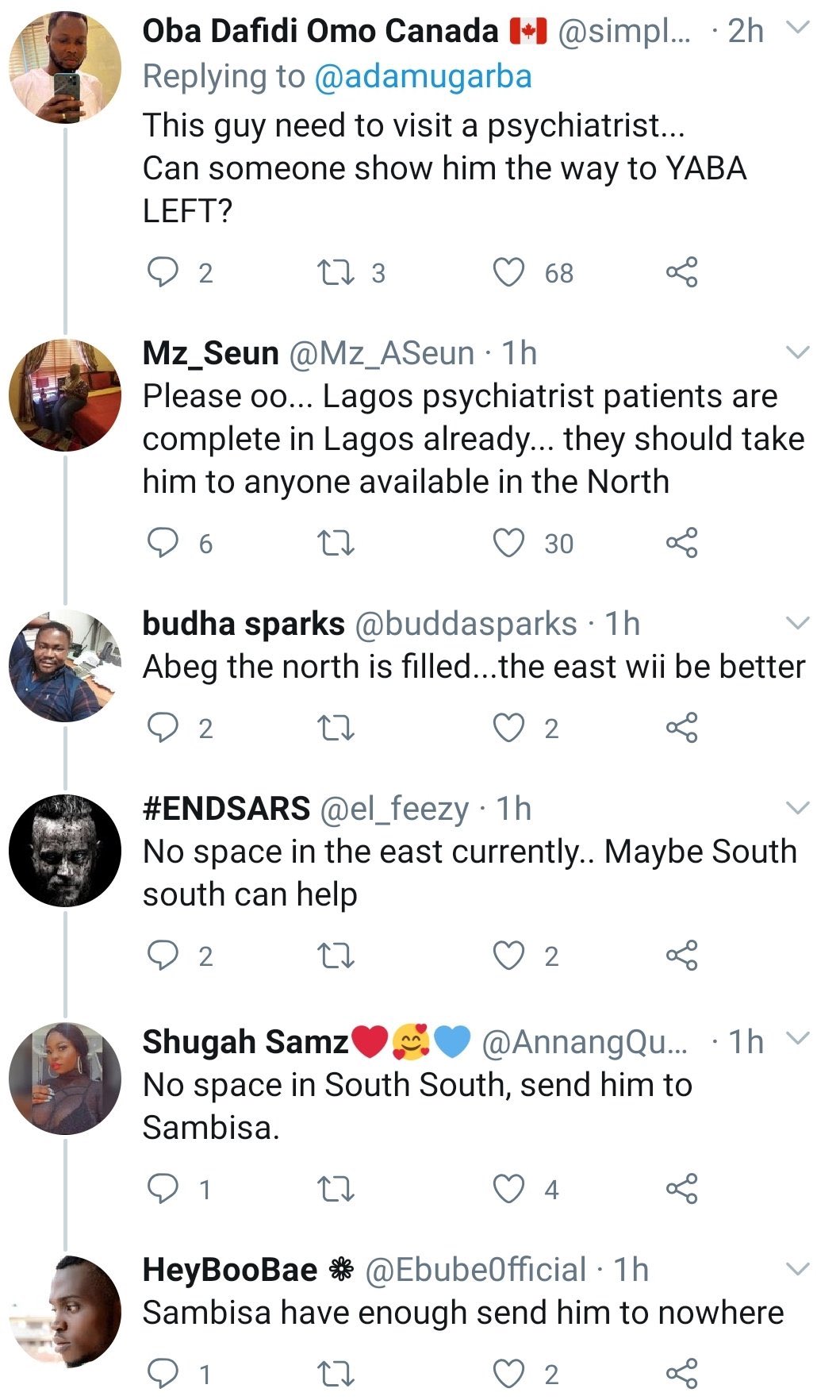 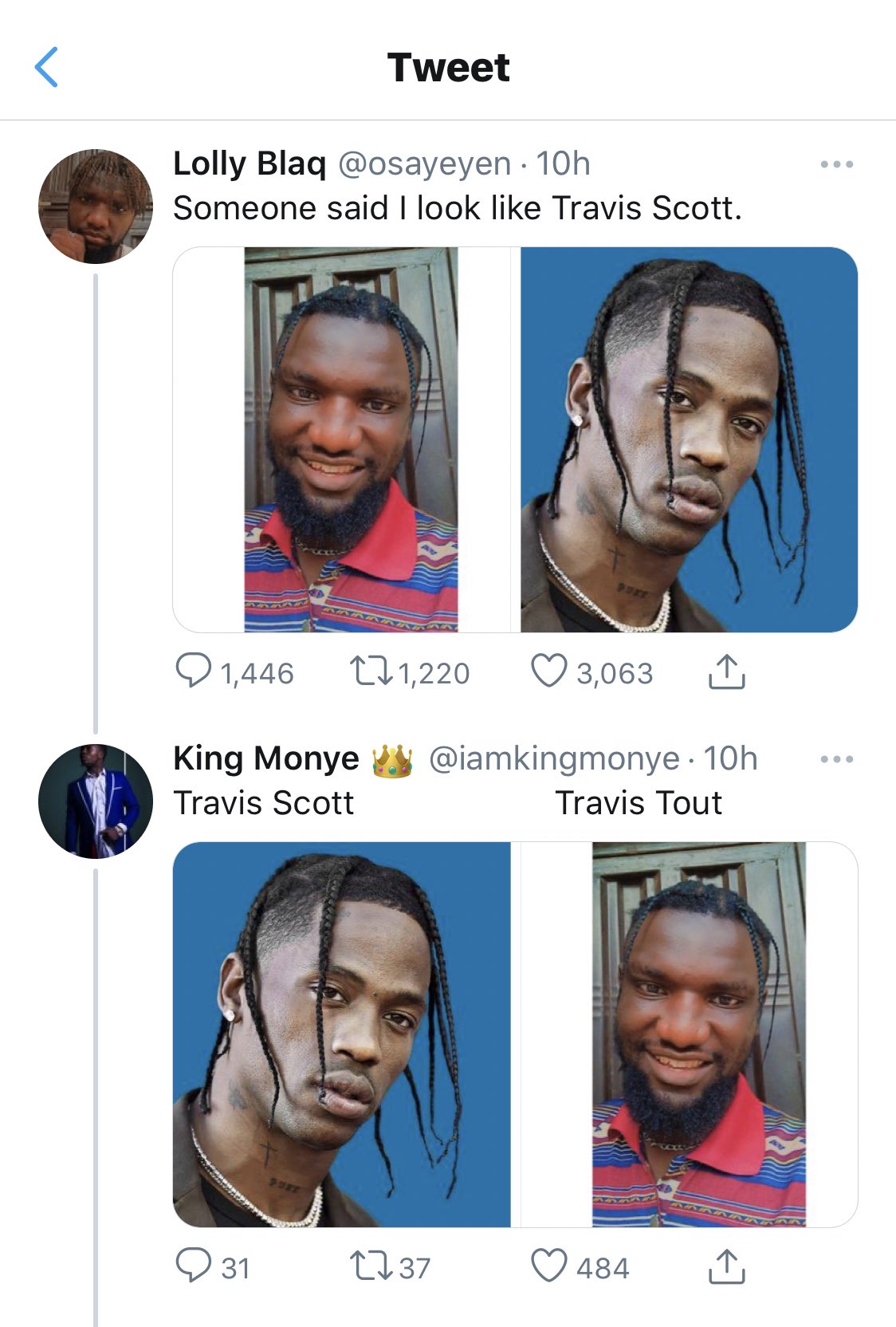 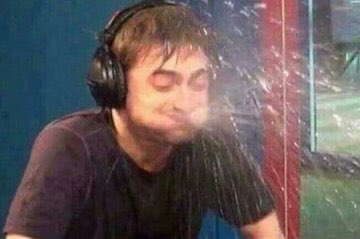 5.
Channels TV awarded Youth and Gender advocate (Odanz) was brutally dragged yesterday after saying that people who never had any bad encounter with BOLT drivers don’t have a say when Bolt is being dragged.

Rare picture of Odanz as at yesterday night… 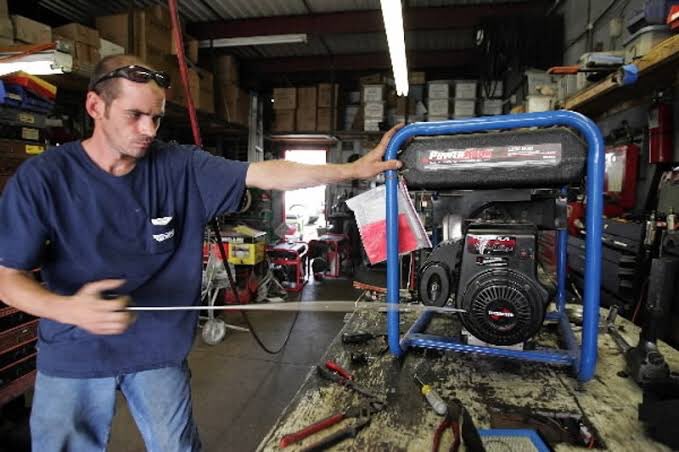 It wasn’t only Odanz that was dragged.

Some influencers were paid to promote Bolt , dem follow collect too.

Wahala for who collect bolt money 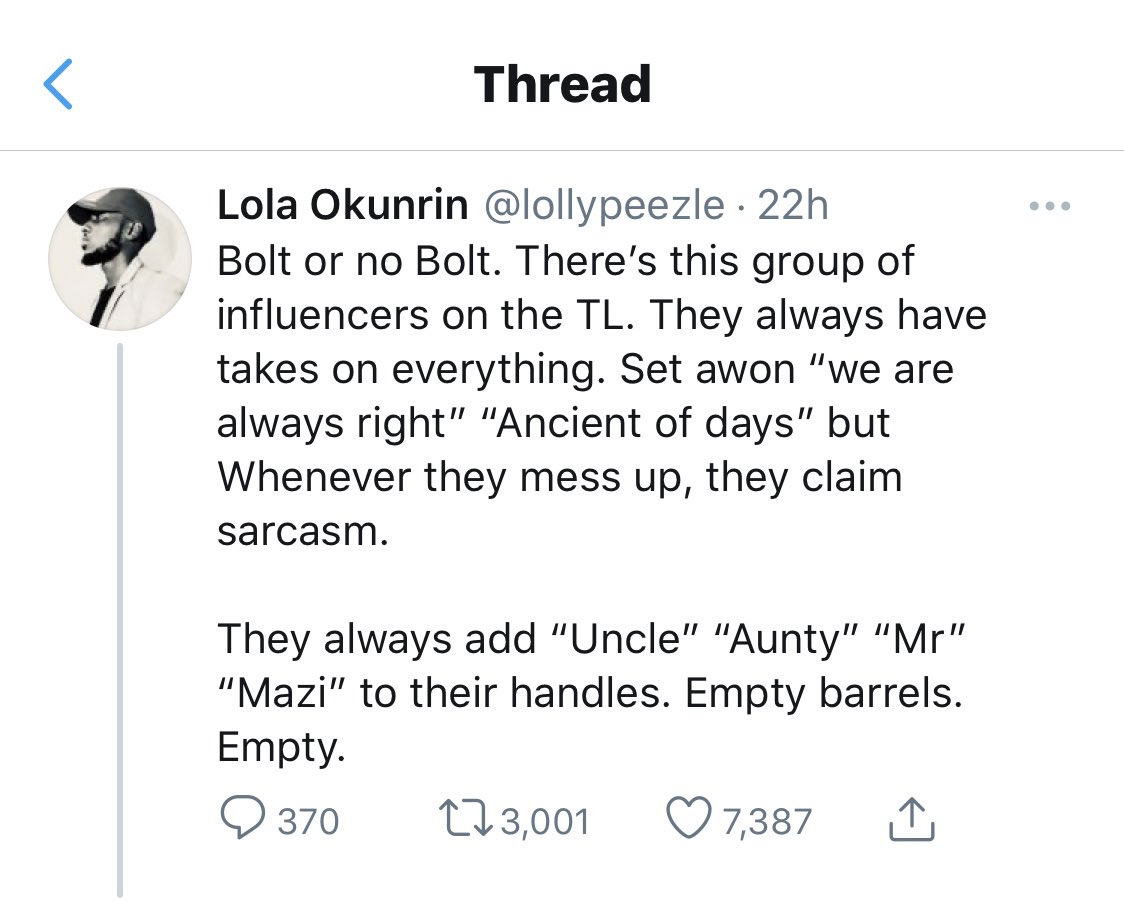 7.
One guy (Ejidalo) expressed disappointment when he tweeted…
“Even Aunty Ada? Smh”

It didn’t take long before one tweep(Omojo) replied him…

Another person even replied…

“you know how much onions be for market?” 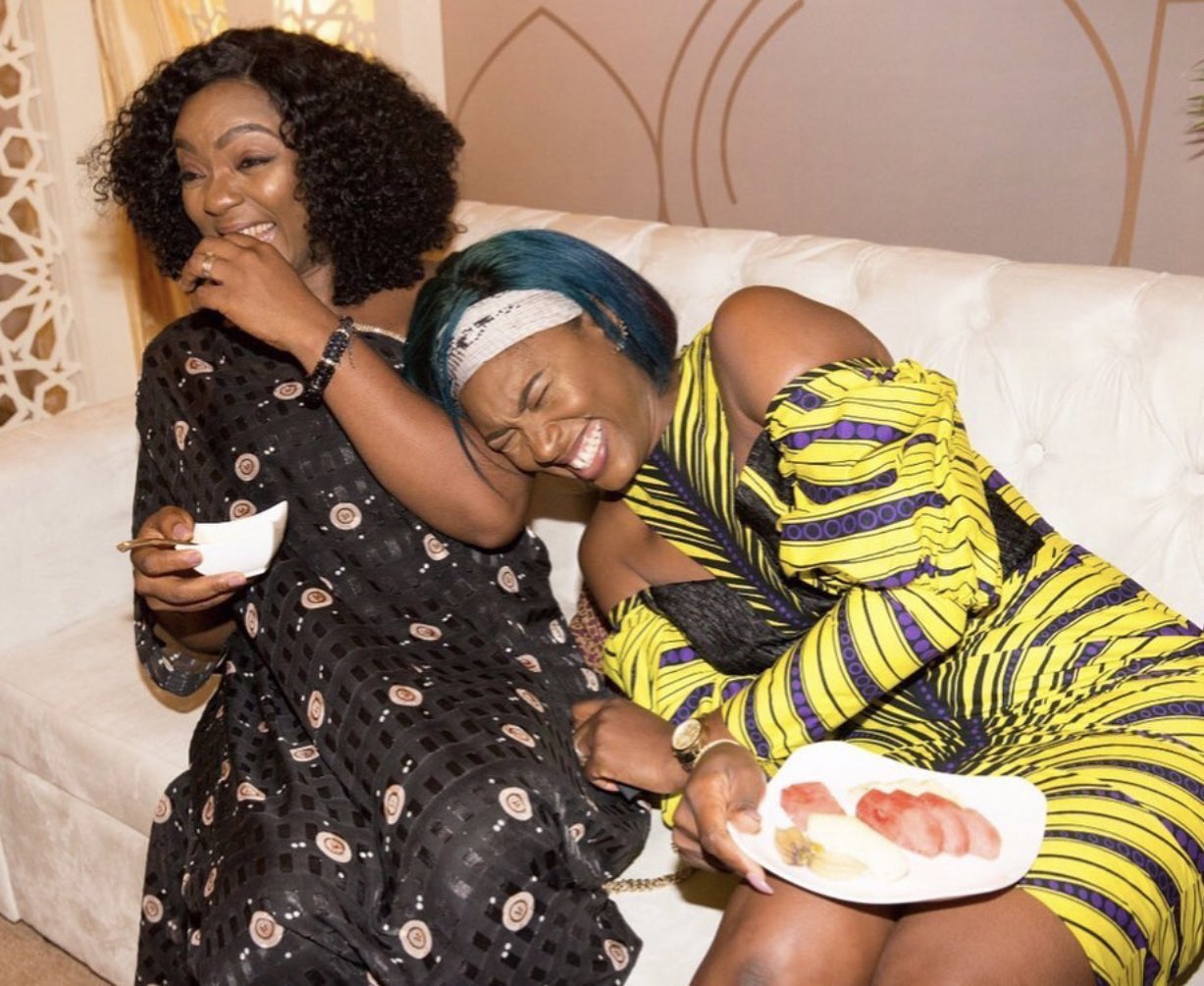 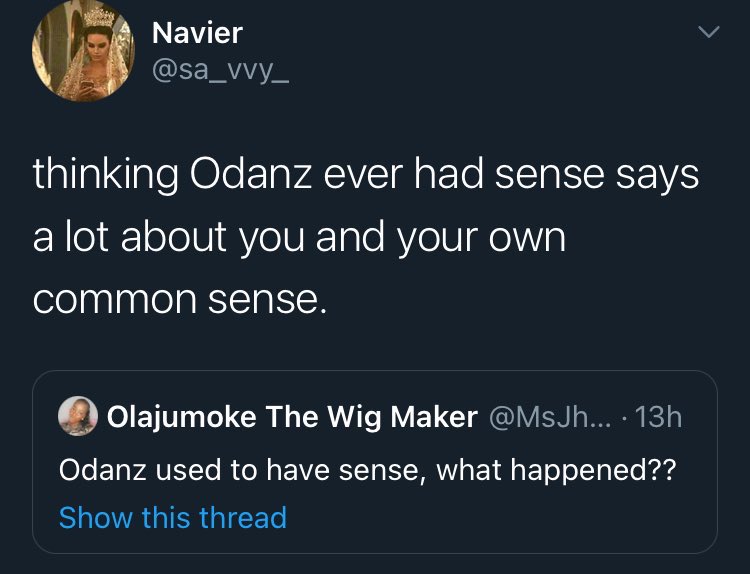 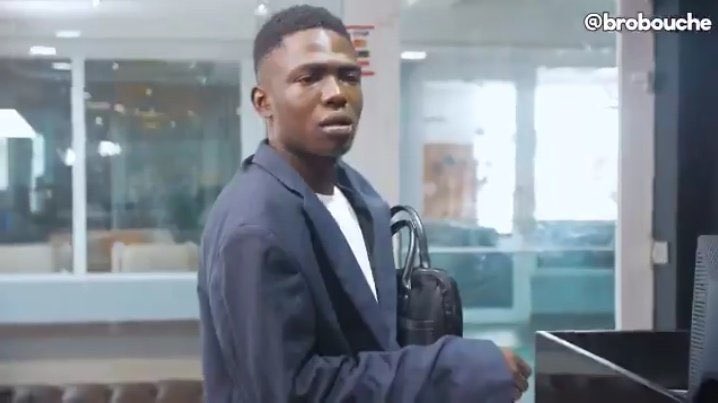 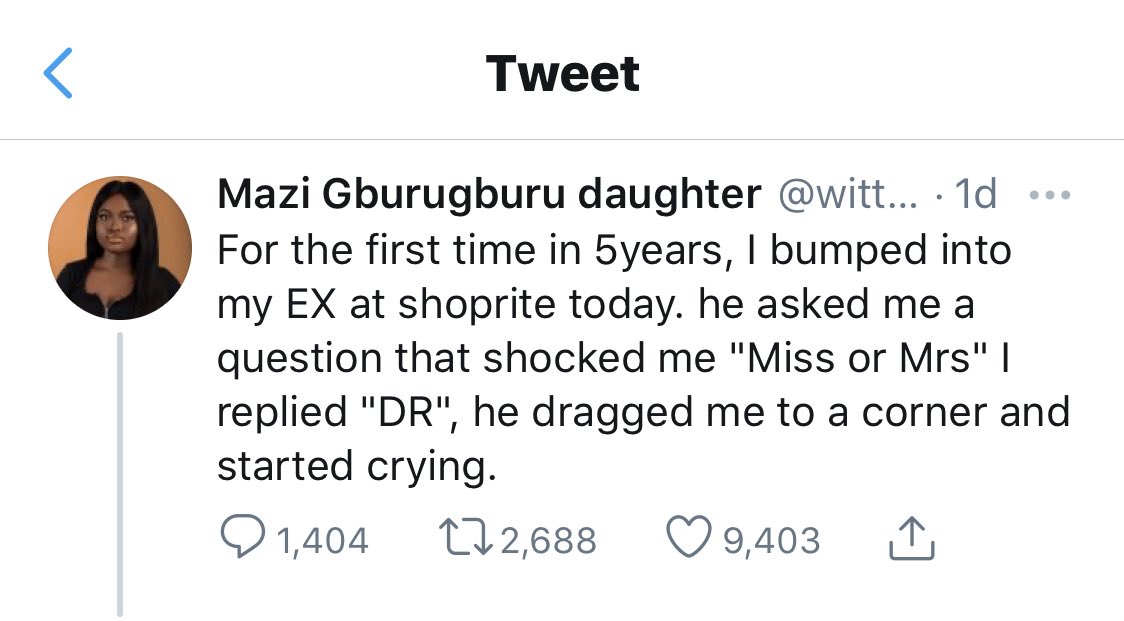 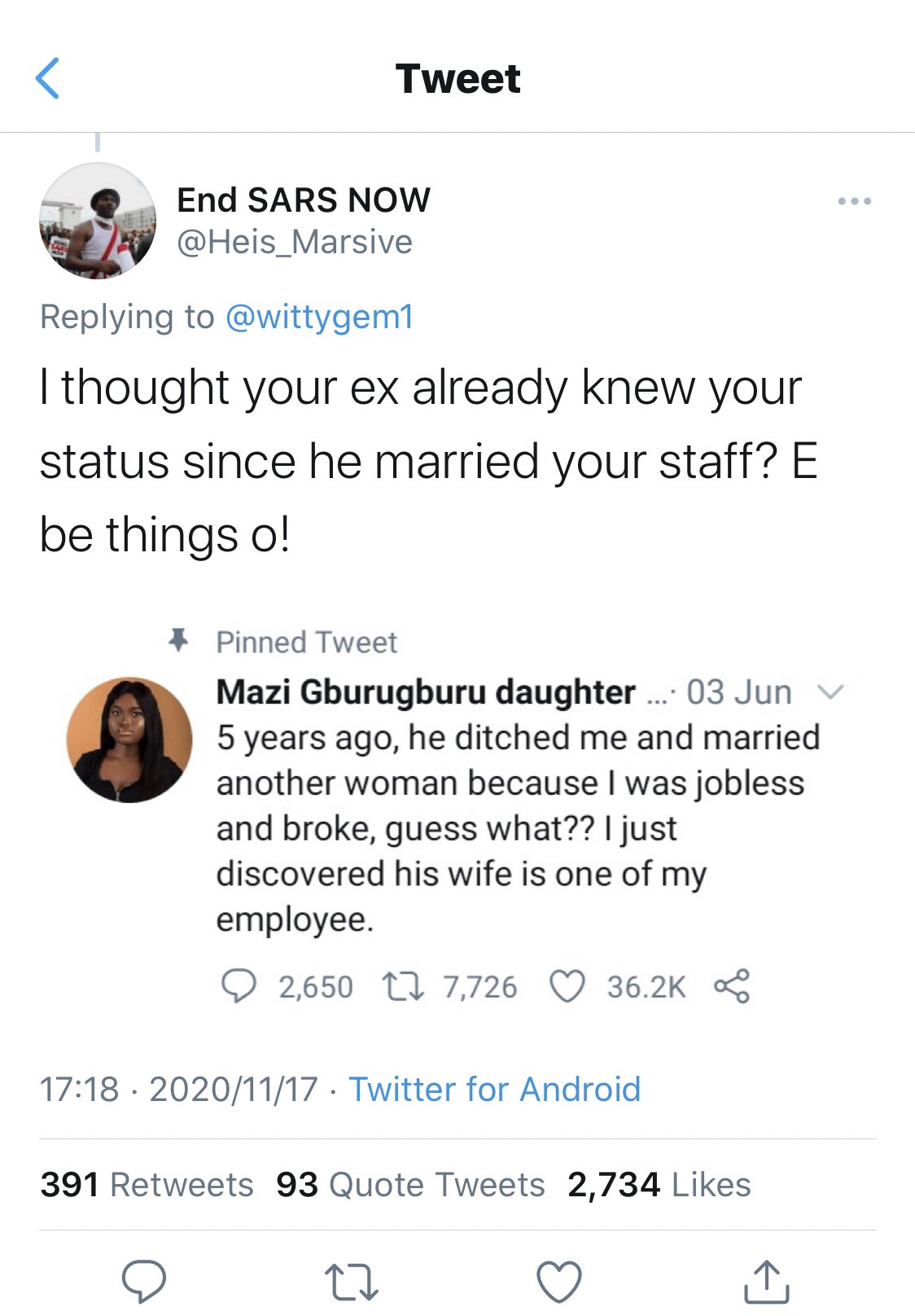 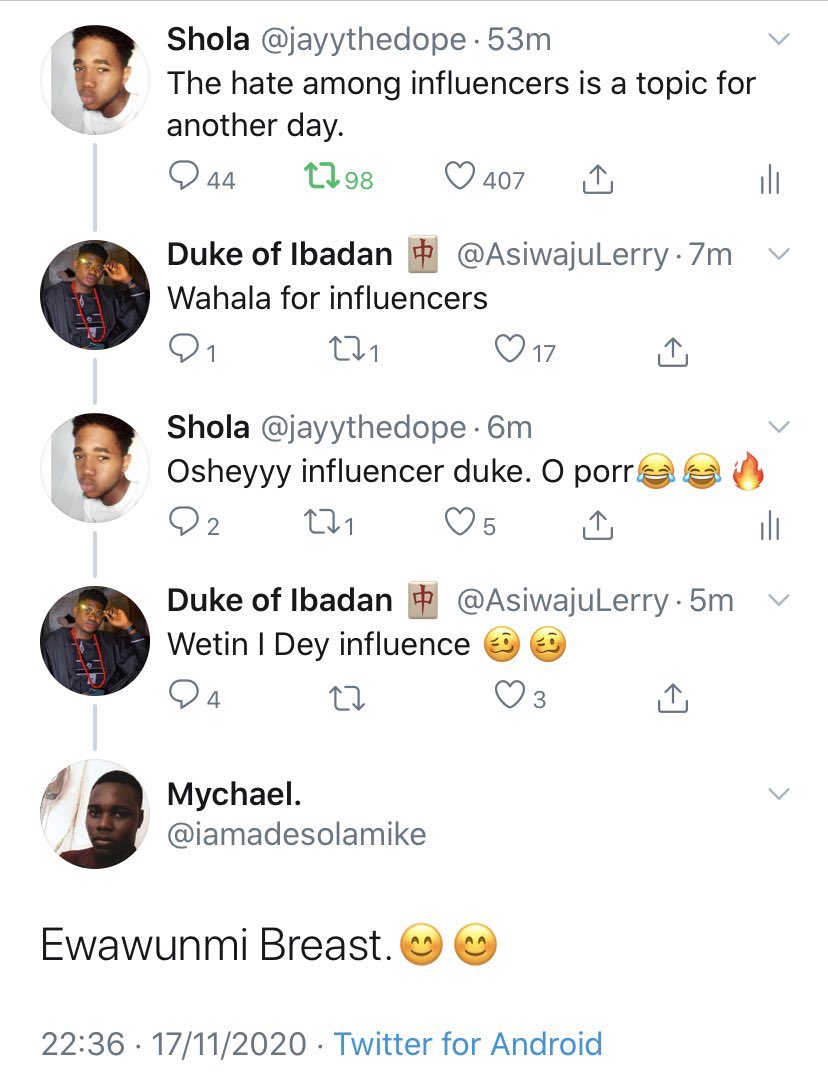 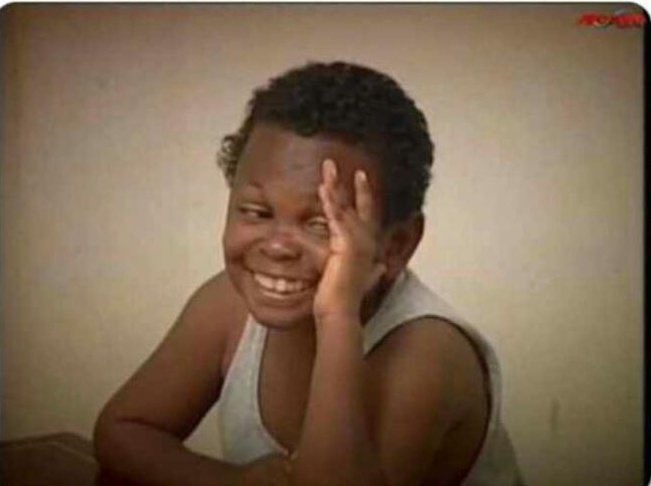 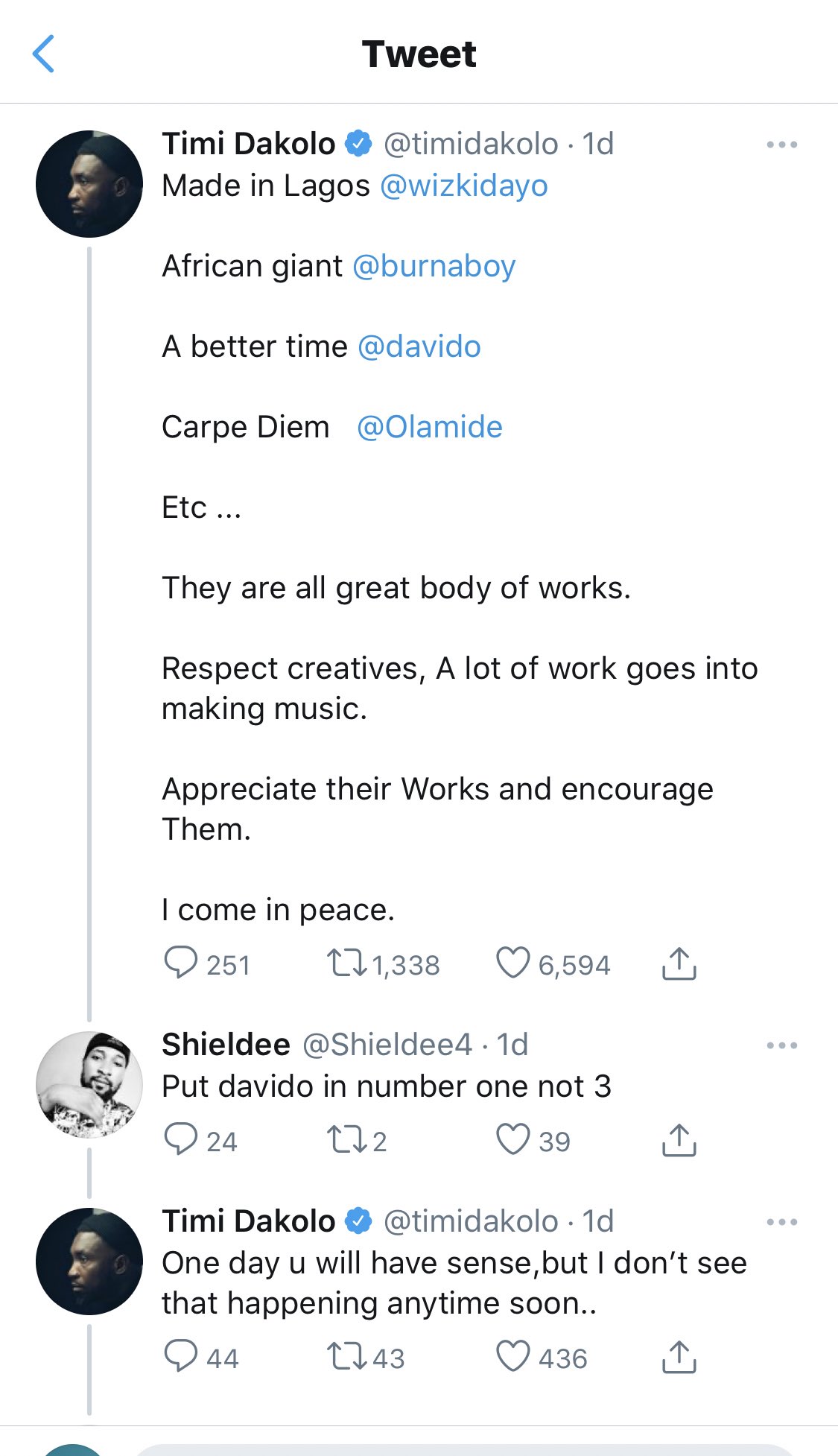 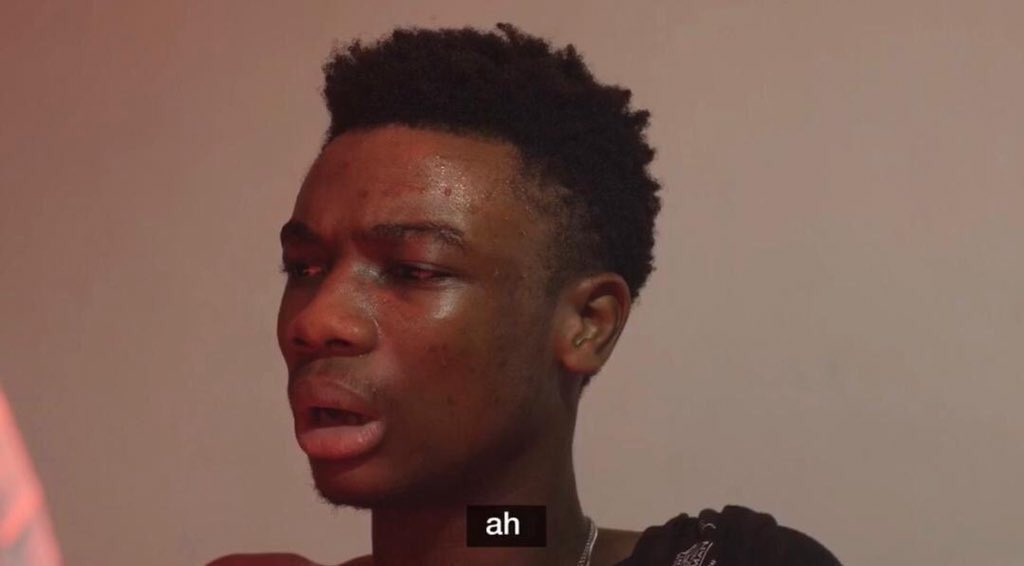 12.
CEO Chicken and Chips twitter(PapayaEx) said she prefers having sugar daddies to under 30 guys who can only afford 9k for her hair. 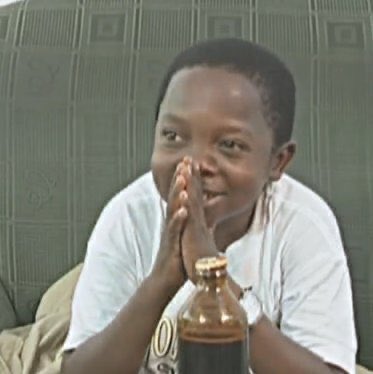 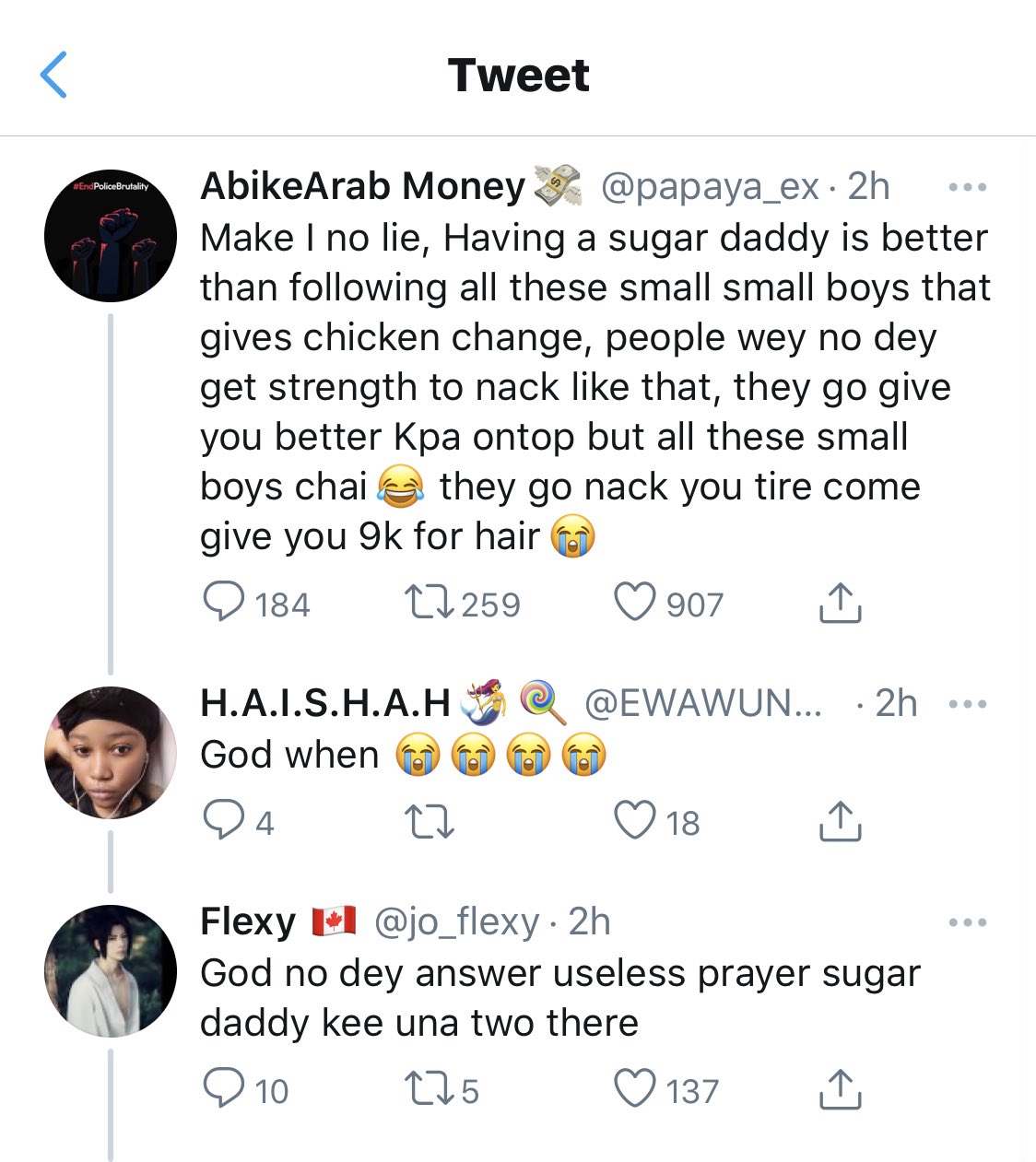 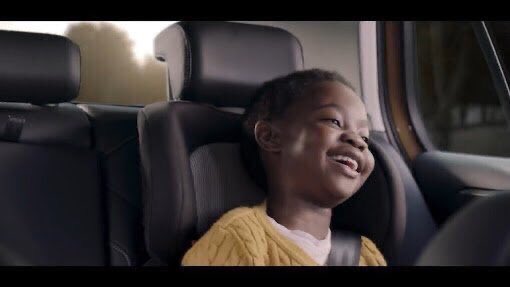 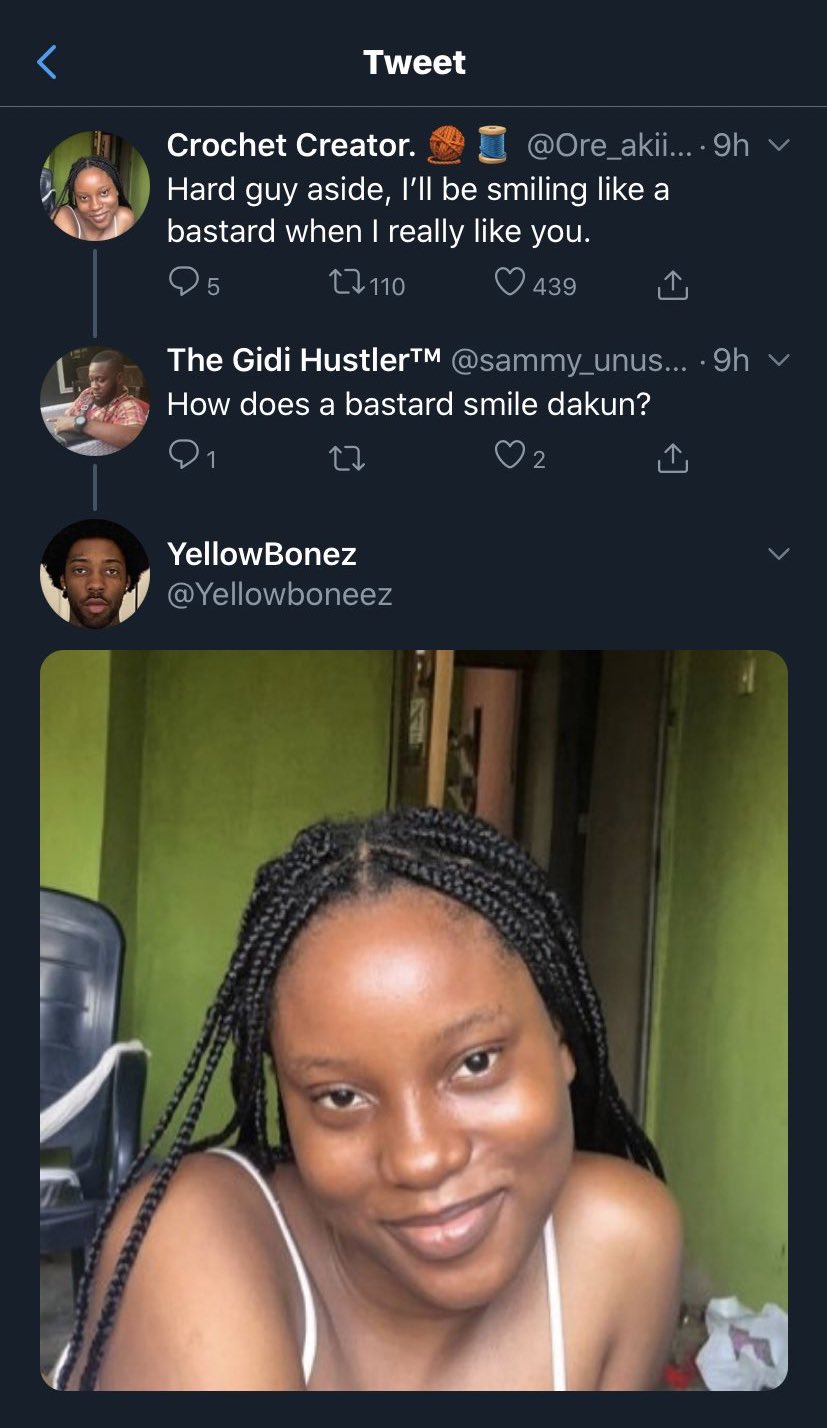 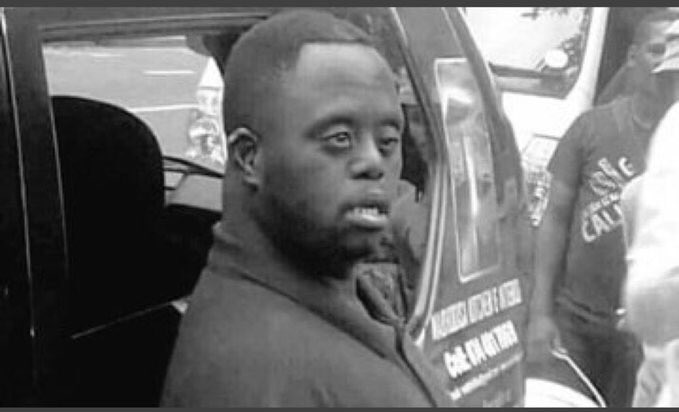