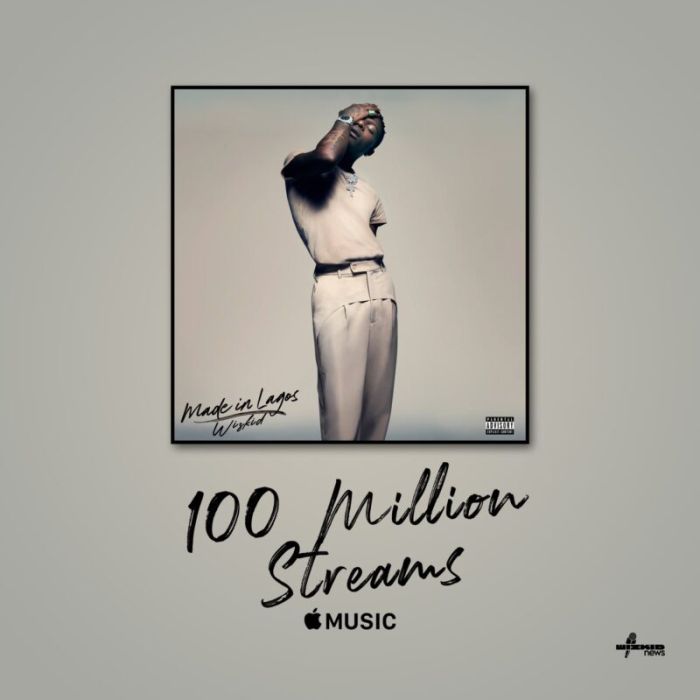 On February 10, 2021, news broke that ‘Made In Lagos,’ Wizkid’s impactful fourth album and fifth body of work hit 100 million streams on Apple Music.

The astonishing part is that the album hit the milestone in 103 days and news was broken by dedicated Wizkid account, WizkidNews on Instagram. By doing this, Made In Lagos is only behind Sounds From The Other Side as Wizkid’s most-streamed album on Apple Music.

Since release, Wizkid has released two additional videos to ‘Smile,’ which was a promotional single for the album. Currently, he’s working on the visuals for ‘Essence’ which features fellow Sony act, Tems.